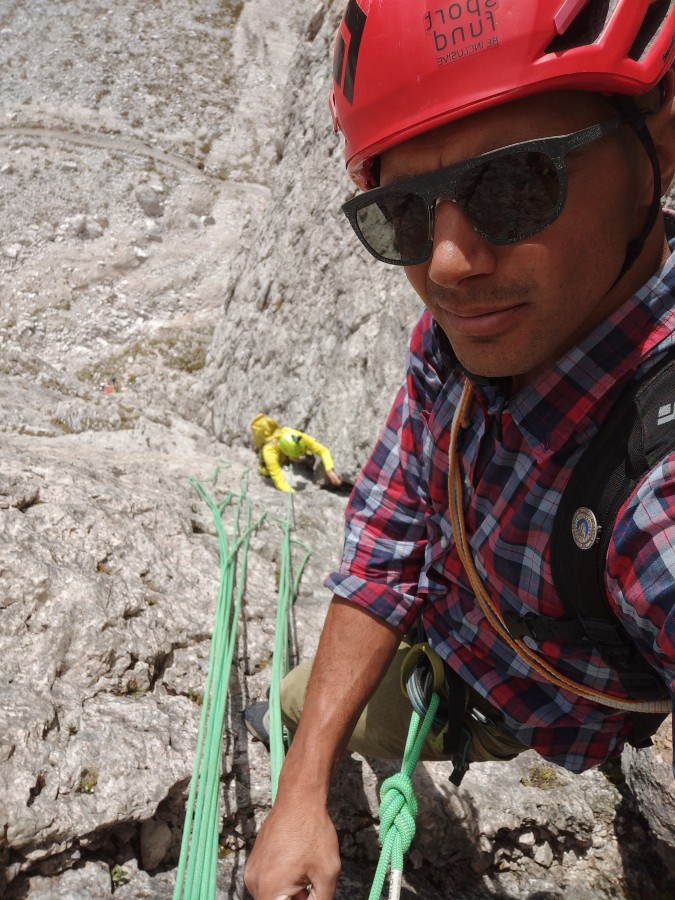 Passion for the mountains has always been part of Alessio’s life. Born and raised in Treviso, a city nestled near the Prosecco hills, he was never far from the Dolomites. He spent his early athletic career as a triathlete, competing on the Italian Junior Team. But it wasn’t until he stopped competing that he was able to completely dedicate himself to skiing and mountaineering.
At age 25 Alessio joined the Treviso Alps Mountain Rescue, and began training to become a UIAGM/IFMGA Guide. It was an obvious choice – climbing and skiing are his passions, and not only did he want to do these every day, he wanted to show the most beautiful corners of his mountains to people who come to discover them. He loves to see his clients smile as he guides them through experiences that they never thought they could face!
When Alessio isn’t guiding, he works as an arboriculturist. Not surprisingly his specialty is tree climbing – operating the ropes inside tall trees, which has enabled him to realize his dream, and make his passion a job: he spends most of his days hanging from a rope! In his free time, he has traveled to France and Switzerland on mountaineering trips, and likes to surf the world’s most beautiful beaches.

We do not fear destiny. We will not back away. Before being foam, we will be indomitable waves.”

Italian, English, and a bit of German