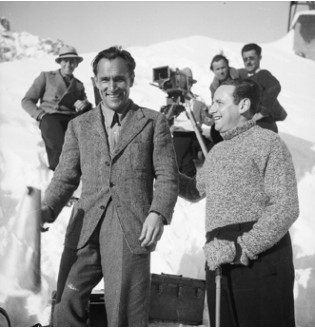 Celebrities of the Dolomites

The Dolomites are not only known for their vast hiking trails and ski resorts, they are also home to some famous personalities recognized worldwide for their excellent work 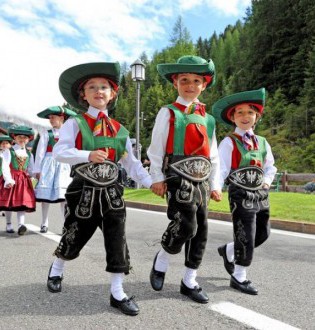 The Dolomites are filled with traditions dating back centuries, come and discover its rich culture 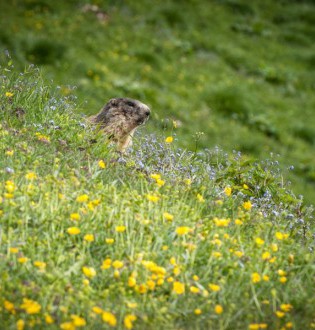 When visiting the Dolomites keep your eyes peeled for wildlife - whether it's summer or winter, you are bound to spot something extraordinary 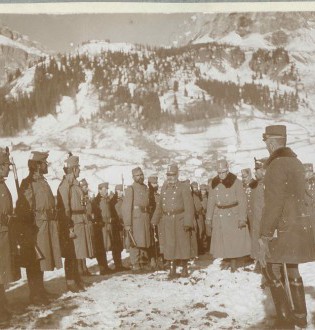 WW1 in the Dolomites: what happened during and after 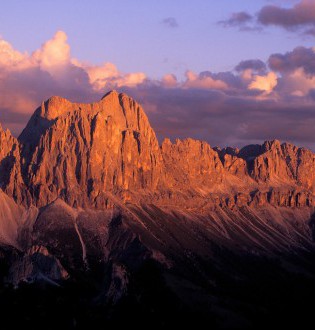 The BEST Times to Visit the Dolomites!

The Dolomites feature year-round beauty. So when is the best time to visit the Dolomites you ask? The depends entirely on you! 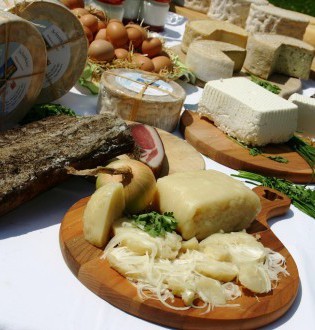 Need Another Reason to Visit the Dolomites? Let Your Stomach Lead the Way!

If you’ve ever been to, or even just looked at pictures of the magnificent Dolomite Mountains in Italy, you know there are plenty of reasons to visit. 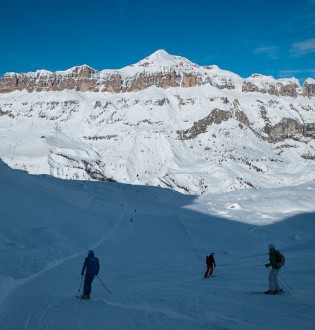 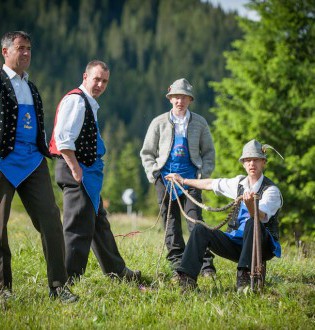 The Three Languages of the Dolomites

While you are hiking down the trail, you may hear “Salve!” (a formal Italian Hello), “Guten Tag!” (Hello in German), or “Bun dé!” (Good Day in Ladin). You may also hear the occasional “Hi” or “Hello” from other like-minded English-speaking travelers, smart enough to hike in or travel to the Dolomite Mountains! 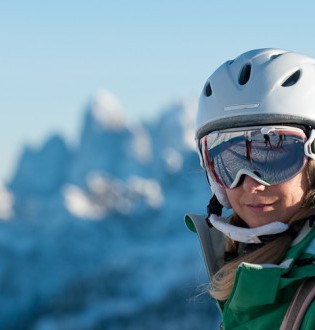 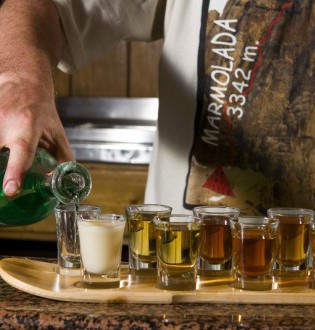 Wine, Spirits & Coffee in the Dolomites

Whether you’re returning from a long hike, finishing up a day of biking the trails or just relaxing after a day of taking in the breathtaking sights of the Dolomite mountains, there’s no doubt you’ve worked up a thirst. 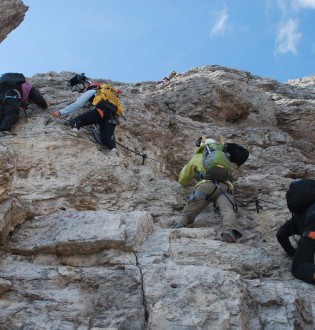 5 Things to Try While Visiting the Dolomites

Traveling to the Dolomites can at first seem overwhelming, given the size and expanse of the area, so it’s a good idea to prepare a list of things to do ahead of time so you get the most out of your trip. Here are five experiences in particular that should not be missed. 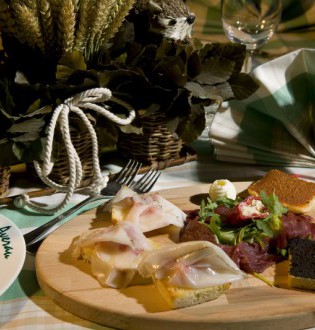 Food in the Dolomites

Another excellent way to sample the tastes of the Dolomites is to visit one of the many rifugios located throughout the region. These mountain huts offer shelter and many different amenities to travelers, including world-class cuisine. Some even feature top chefs from Michelin-starred restaurants who create gourmet dishes using traditional ingredients of the region 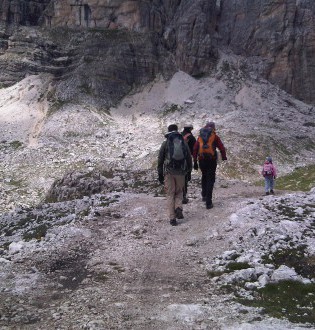 Storm season in the Dolomites region tends to be most prevalent during the summer, typically from June through September, during which time any given month may see between 6 and 10 days where stormy weather is a problem 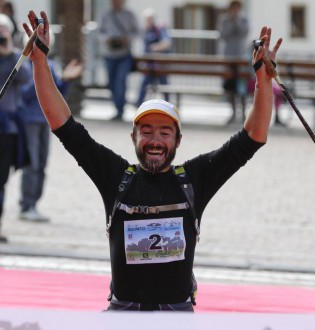 Why Hire a Professional Mountain Guide in the Dolomites?

A mountain guide is a professional climber that has achieved certification by the International Federation of Mountain Guides Associations (IFMGA), which is the highest qualification in the world for mountaineers. 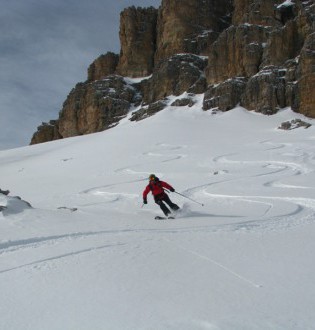 Off-Piste Adventure in the Dolomites

For exhilarating off-piste skiing, freeriding, and backcountry adventure, immerse yourself in the slopes and couloirs hidden at the base of the Dolomites rock walls, far from the crowded pistes. 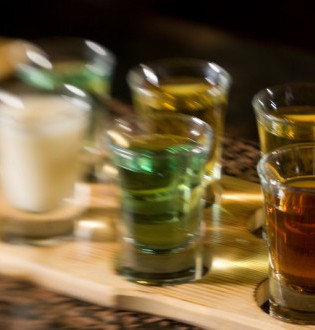 Unique Products of the Dolomites

The region is also home to a fascinating population of people and a rich, unique culture that has existed there for centuries. It is from this distinct culture that several products have originated which are just about as unique as the people who produce them. 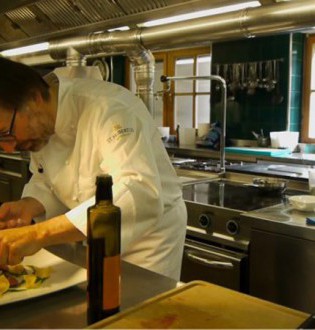 Fine Dining in the Dolomites

Whether it’s because the dishes are prepared with the freshest of local ingredients, that their recipes have been passed down through generations, or that they’re prepared by top rated gourmet chefs, one thing’s for certain: consuming a meal in the Dolomites isn’t just eating; it’s experiencing the very culture of the area. 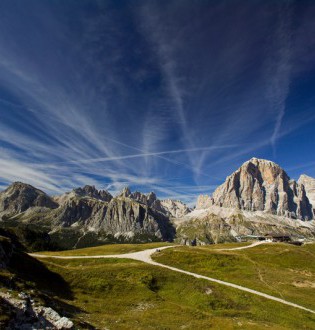 Culture & Lifestyle in the Dolomites

Located just south of the main section of the Alps, the Italian Dolomites are somewhat of a tourist Mecca, offering breathtaking views, peaceful pastures and a step back in history to a time much simpler. 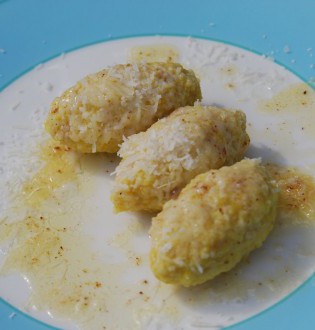 5 Foods You Must Try in the Dolomites

If you’re lucky enough to be planning a trip to the Italian Dolomites then you’re in for an amazing treat. Breathtaking views, serene pastures and ancient villages will provide you an experience you’ll never forget and the endless activities available in the area will leave you with stories to tell for years to come. 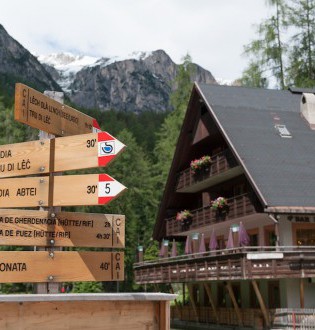 Explore the Different Ladin Valleys of the Dolomites

Ladin is an ancient culture that is unique to the Dolomites. The Ladin people have their own language, traditions and even their own cuisine. With roots dating as far back as the Roman Empire, it is a culture steeped in history.