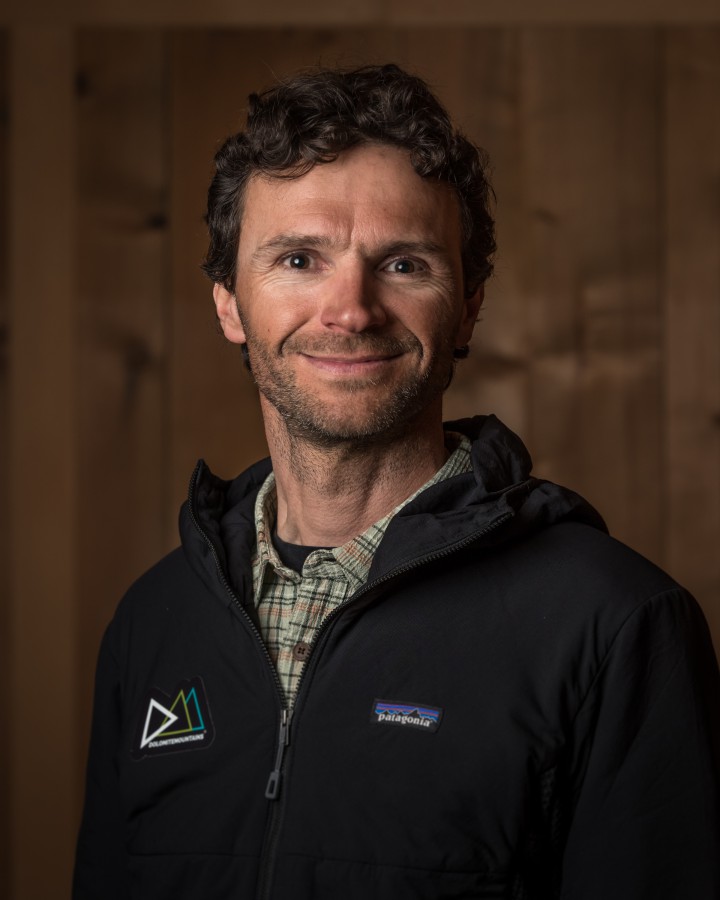 Born in a small village in the Dolomites foothills, Evaristo started exploring his surroundings at very young age, searching for WWI artifacts and skiing with his father in the Dolomites. At age 20, he discovered rock climbing, first near his home, and ultimately in the Dolomites. When winter came, he was introduced to ice climbing, and helped construct one of the very first professional indoor climbing walls in Italy. Over time, he was reminded of the mountaineering skis that he had in the garage. Between friends, indoor climbing, frozen waterfalls, and skiing, now he was active year round! At the same time, an idea inside in him became clear: he wanted to become a Mountain Guide, and after years of hard work, earned his certification. Gifted by a lifetime of learning from others, now he hopes to share all that has been passed to him with others.

What you see with your eyes when you're in the mountains is fantastic! And every day is amazing, like the first time!”

Italian, English, and some French