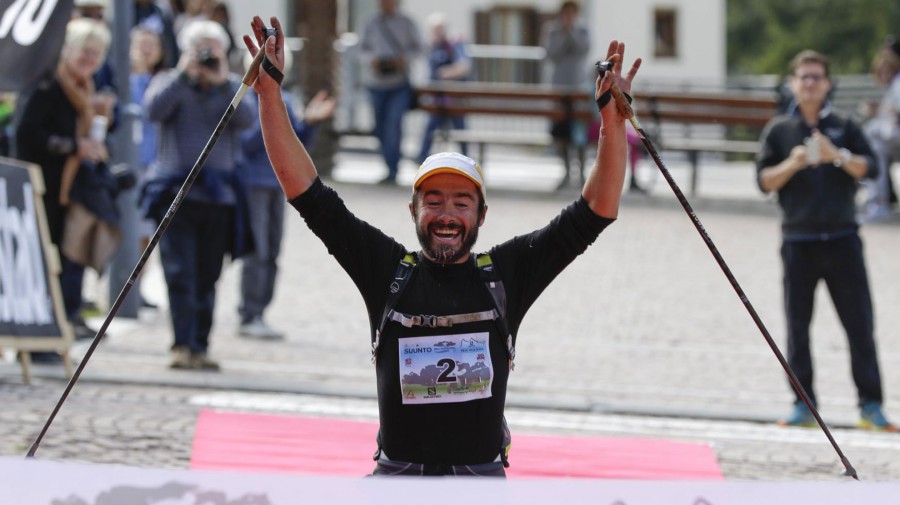 Passion for high altitude began for Filippo as a child, when he spent summers in the mountains with his grandparents. Born in 1979, he is originally from Bologna, where he earned a degree in Physical Education from the University of Bologna, and today he lives in Livinallongo del Col di Lana in the Dolomites.
Filippo’s greatest dedication in life is competing in mountain races – ski mountaineering, cycling, and trail running – all at high altitude. He has raced in the Maratona dles Dolomites – a road bicycling race that crosses seven spectacular mountain passes, the SkyRace – a high altitude endurance race, the Mezzalama – an Italian high altitude ski mountaineering competition, and the nighttime Sellaronda Ski Marathon, winning and placing regularly. Last but not least, he has competed in the 7-day Trans Alp road biking race five times in a row, and completed it in the top 20 of his category every time. In June 2019, Filippo won the second place at Monte Rosa Sky Marathon, also referred as AMA. This dedication takes him all over the Alps to compete in different races and take on new challenges. An eager traveler, Filippo has climbed in Yosemite National Park, and traversed the Patagonian Ice Cap in South America.

There is no place like the Dolomites, they're unique. These mountains allow me to carry out my job as my passion.”