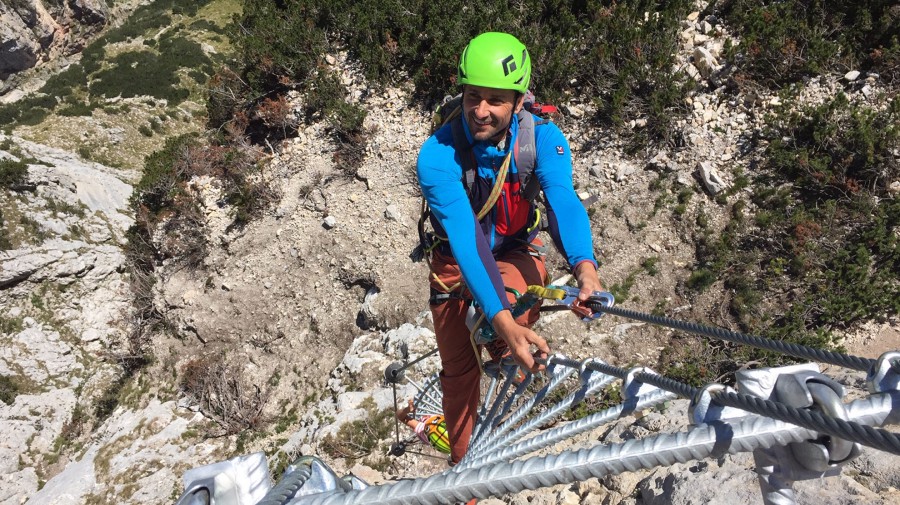 Jiri was born in the Czech Republic and began to frequent his local mountains as a child, skiing and walking with his father, later discovering rock climbing with friends. As a youth he competed in skiing, before climbing competitively during and after university. Jiri earned a degree in Geology from the Technical University of Ostrava near his home. After graduation, he travelled the world for a number of years to climb and ski, including the USA, Canada, New Zealand, Australia, South America, Nepal, and India, before returning to Europe to guide. In 2015, he was part of a climbing expedition to Chad, with fellow Dolomite Mountains guides. Since 2004, Jiri has lived in Arco, near Lake Garda, at the foot of the Dolomites. He has worked as a Mountain Guide since 2006, and guides people in the local mountains for climbing and skiing, and organizes trips abroad to uncover fresh adventure opportunities.

Why am I always home and all others are traveling?”