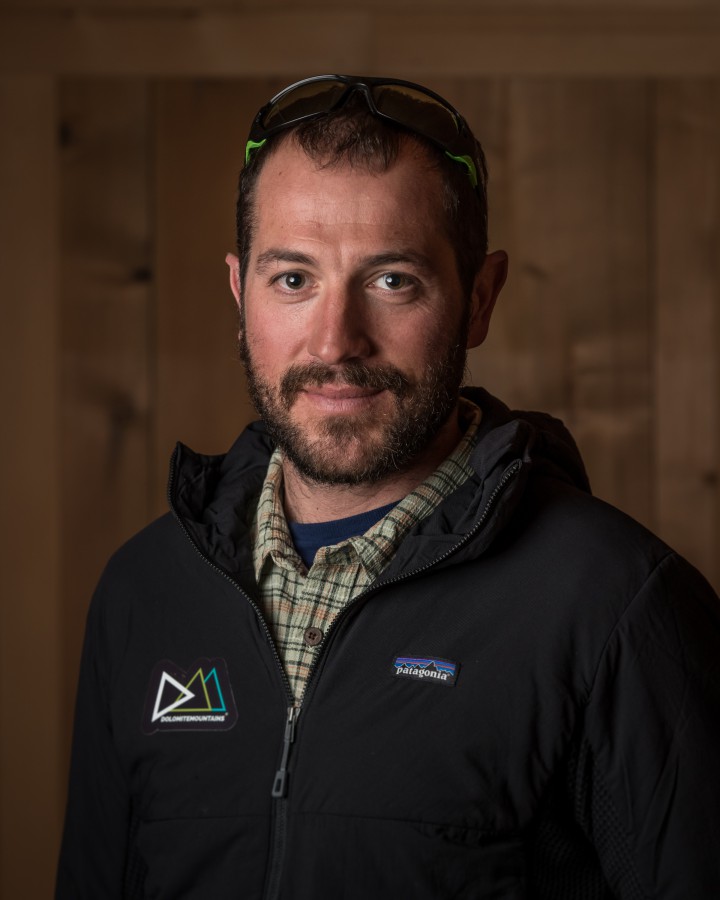 Marco began hiking and climbing in the mountains with his dad as a child (he was born in 1979), and was delighted by being introduced to the “wonderful experience” of Via Ferratas. As he grew older, he continued to explore and climb with his friends, improving his skills by taking courses in the mountains near his hometown Padua. He completed his mandatory military service as a young adult – and was fortunate to be assigned to the Alpine corps, an elite division of mountain soldiers, where he became a climbing instructor and ski rescuer. The impetus of his desire to transform his passion into a profession is clearly written in the rock walls of Italy!
After years of preparation and training, Marco earned his UIAGM/IFMGA Mountain Guide certification in 2009, fulfilling one of his life’s greatest dreams. Today, in addition to guiding, he is a volunteer with an association of ex-Alpines that carry out social welfare projects, and in the past has served as a Boy Scout troop leader in his home town. When Marco is not in the Dolomites, he resides in his native Padova with his wife and child, where he manages two indoor climbing gyms. Marco is fluent in Italian and English. And to this day, he still goes out on excursions with his father!