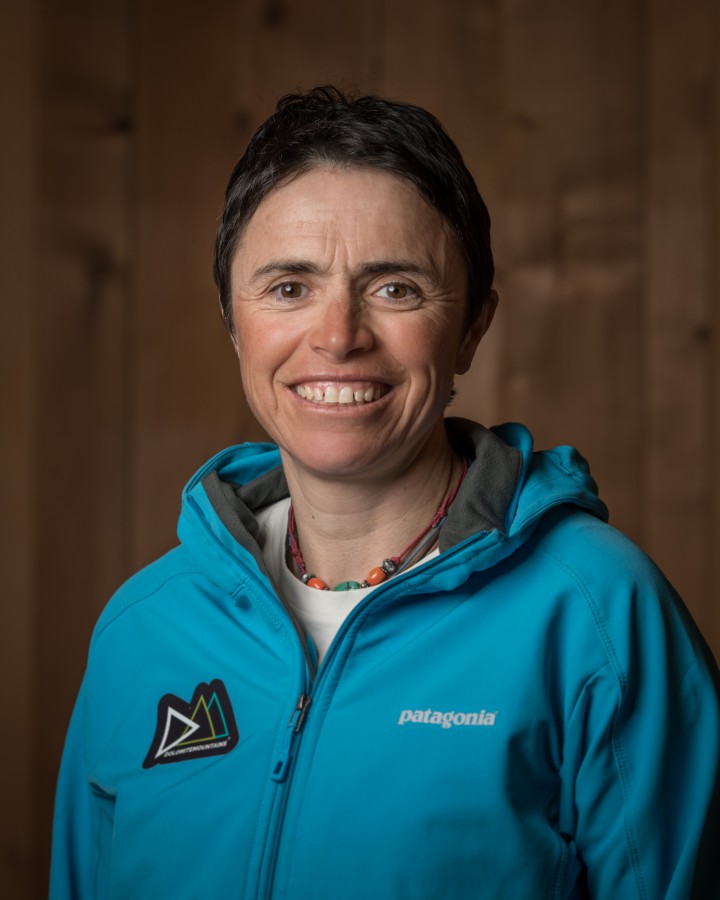 The Dolomites and guiding run in Marika’s blood. With a father who was a ski instructor and mountain guide, and mother who runs a B&B in Val di Fassa where she grew up, how could it not? Born in 1973, Marika began skiing at age 3 and ski racing at 6, and raced for the Italian National Alpine Ski Team in her teens and 20s, travelling extensively in the mountains throughout Europe. “Mountains and snow are my passion,” says Marika, “I was born in the Fassa Valley and still live there because of that!”
Marika has also lived in the United States in Nevada, where she attended Sierra Nevada College on a sports scholarship, and won the women’s U.S. Collegiate Skiing Championships in 1998 and 1999. Competitive skiing also provided her the opportunity to travel around much of the United States, where she developed an excellent command of the English language and knowledge of American culture. In addition to English and her native Ladin tongue (a minority language recognized in parts of the Dolomites), Marika also speaks German and Spanish.
In 1999, Marika returned to Italy to resume work as a member of the “forest police.” Working with the government, she was also able to do some ski patrolling and snow study. Never one to abandon sport, in the mid-2000s, she was a top ranked ice climber. Today, in addition to being a mountain guide (Marika earned her UIAGM/IFMGA Mountain Guide certification in 2009), she is also a ski instructor, a federal ski coach, and a mother, and now we’re just waiting to see her child skiing and climbing along side her!

Hiking, Via Ferrata, Climbing, and Skiing Guide and Ski Instructor