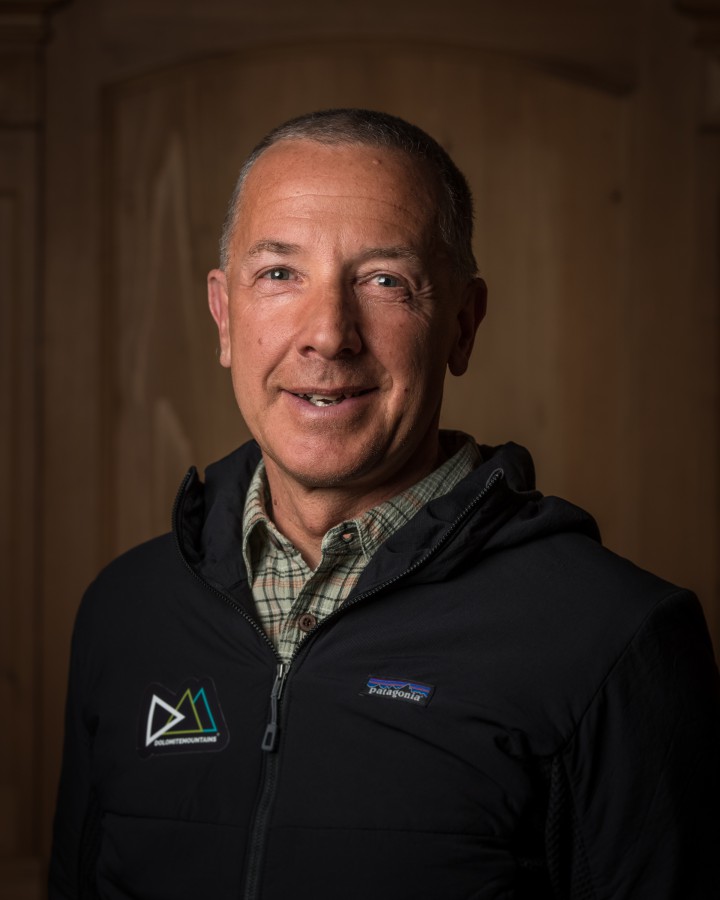 Paolo started climbing as a child, on the pylons of cranes and warehouses near his house, stealing the laundry lines from his mom. When he “graduated” to real ropes, he began to climb everywhere, and to explore the world on skis. Born in 1965, Paulo hails from Trieste, Italy, on the sea near the Slovenian border. He is currently based in Cortina d’Ampezzo, and guides summers and winters in the Dolomites. Paulo has climbed the most beautiful and difficult mountains in the Dolomites, as well as the French and Swiss Alps. He has guided ski mountaineering tours across Europe, and rock climbing in South and North America. As if that weren’t enough, Paolo works on a helicopter rescue team, and conducts safety seminars for the high-roped access workers. When Paolo is not working, he loves to spend time with his wife, doing the same activities that he does as a guide!

The most beautiful day with a customer...? One that ends up in front of a beer, to dream another adventure.”

Italian, English, Spanish, and some German and French