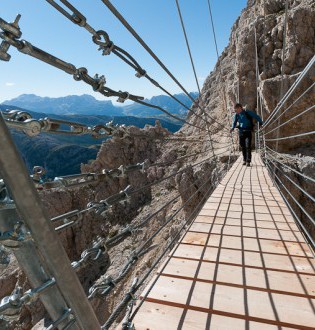 You can access this ferrata by traveling the road to the Passo Sella, then from there following the clear path heading northwest. The path will lead you below the Sella towers to a large black mark that indicates the line of a waterfall. To the right of this sits the base of the ferrata just waiting to be conquered. 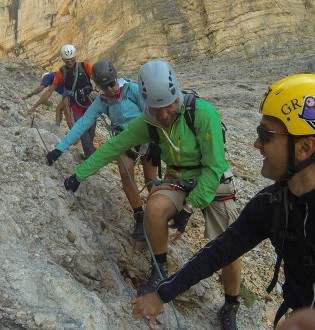 Begin around 2536m at Rifugio Kostner al Vallon, which can be reached either by taking path 638 from Passo Campolongo or via the Boé lift and the Vallon chairlift from Corvara. From the chairlift, take the short 25 minute walk toward the start of the ferrata. 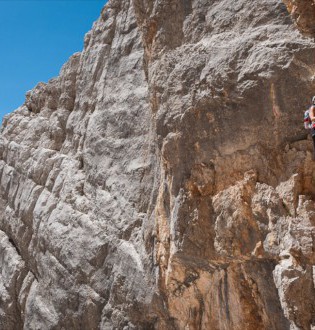 The ferrata can be reached via the road to Passo Gardena, which in and of itself can be demanding with its hairpin curves at a height of 1956m. From the car park, continue on the marked path that leads to the start of the ferrata. 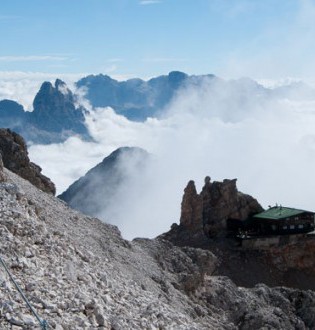 Access the via ferrata by taking the Boé lift and the Vallon chairlift from Corvara to reach the Rifugio Kostner al Vallon, which sits high around 2536m. Alternately, follow path 638 from Passo Campolongo or take path 637 from Arabba. 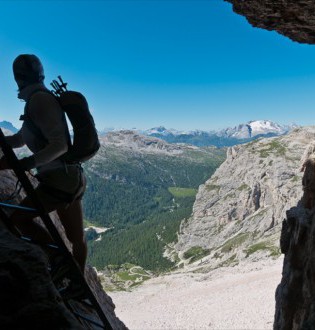 To get to the start of the ferrata, take the SS 48 from Cortina towards Passo Tre Croci to Capanna Rio Gere and where the Sonforca chairlift begins. Take the lift up to Rifugio Sonforca and then grab a gondola to the 2919m Forcella Staunies. 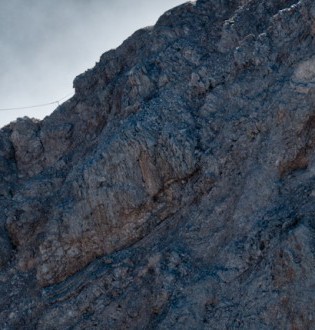 Because it is quite new and is still used for training by the Italian alpine military units, the Col dei Bos via ferrata is not marked on not marked on older maps or guide books. This means that climbing it is akin to enjoying a little hidden gem among the massive surrounding mountain peaks. 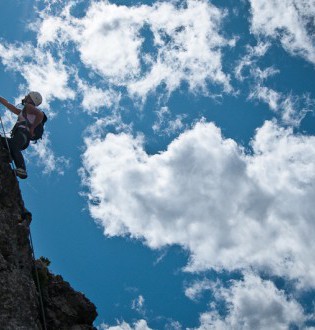 Take one look at the magnificent Marmolada and you’ll know why this incredible massif is often referred to as the Queen of the Dolomites – its sheer size is awe inspiring. The fact that it can be tackled via ferrata makes it even more amazing. 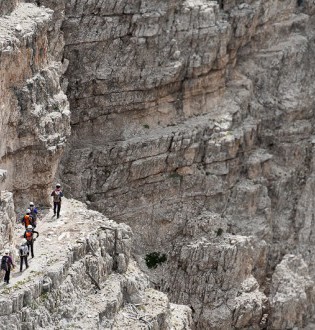 The Punta Anna via ferrata can be accessed from Rifugio Dibona by following path 421 to Rifugio Pomedes. There a sign posted path leads leftwards toward the start of the ferrata. The good news is, it’s almost entirely equipped with cables. 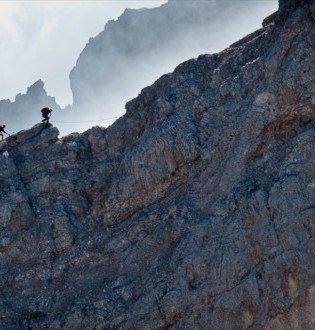 While all the via ferrata offer an incredible way to experience the Dolomites, this one may just have a slight advantage, particularly since the path itself follows an old wartime route including tunnels once used during the First World War. 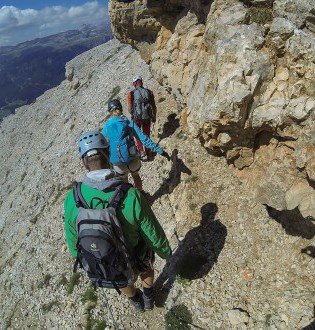 You can access this ferrata through a variety of ways, each leading to the metal plaque announcing its starting point. From Corvara, take either the Boé or the Vallon lift to reach Rifugio Kostner al Vallon. Or, follow path 638 from Passo Campolongo to reach the same point. 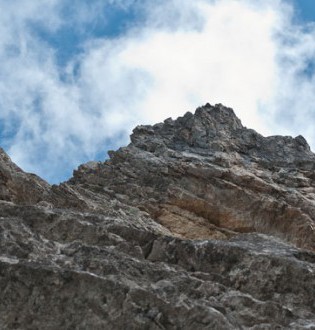 At first glance, this via ferrata appears to be manageable since it is so well equipped for climbers. But the exposed nature of the climb actually makes it quite challenging. Still, Tomaselli is widely considered to be one of the best via ferrata in the Dolomites, albeit the most daunting 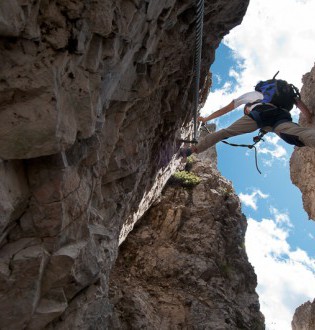 Perfect for beginner climbers or those just looking for a short, pleasant trip, Averau provides everything you need to enjoy a lovely afternoon in the Dolomites. 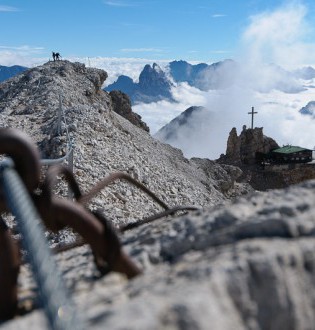 Another refreshingly short but exhilarating ferrata, Nuvolau-Ragusela is perfect for a daytime adventure since it can be conquered in just a few hours. It’s also relatively easy and as such, is often used for training purposes so it’s great for beginners to be able to try their hand at the unique experience of climbing via ferrata in the Dolomites. 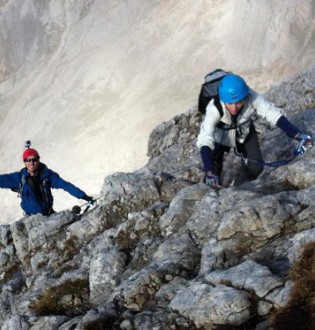 Belying the difficulty that lies ahead, actually reaching the ferrata is relatively simple. Access the ferrata by way of path 404, from the Rifugio Dibona, which will bring you underneath Tofana di Rozes to the steps into the Castelletto tunnel where the ferrata begins. 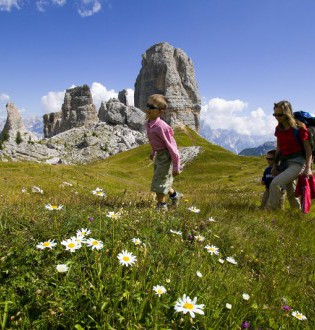 Family Hiking in the Dolomites

There are plenty of basic hiking trails that provide great way to get active and bond as a family while forging unforgettable memories together. And with the area’s rich history, you may even learn something while you’re at it! 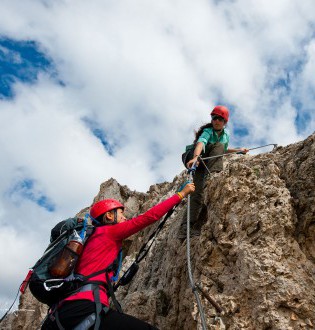 5 Difficult Via Ferrata in the Dolomites

One of the most popular open air activities in the Dolomites is climbing via ferrata, along the protected mountain paths that are equipped with a series of iron ladders and holds. 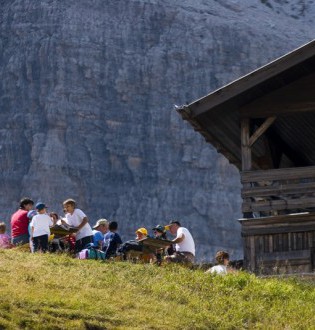 3 Most Popular Valleys to Hike in the Dolomites

The Italian Dolomites, with over 90,000 acres of breathtaking mountainous terrain, offer a glimpse of nature at its very best. With towering peaks, rolling green pastures and a truly unique ancient culture that still exists to this day, the area provides visitors with an experience unlike any they’ve had before. 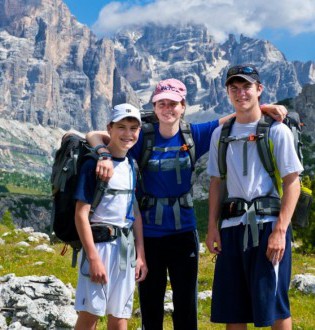 5 Great Hikes for Kids in the Dolomites

Many people don’t realize, however, that the Dolomites are also a fantastic place to visit as a family. Here are 5 great hikes that are perfect for kids to take on. 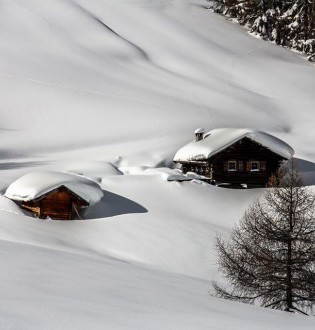 Enjoying the Mountains in Winter – Safely

Like to be active in winter? The Dolomite Mountains offer incredible terrain for off-piste and backcountry skiing and snowshoeing on the planet. But to properly enjoy these mountainous active pursuits, safety and preparedness should be the number one priority 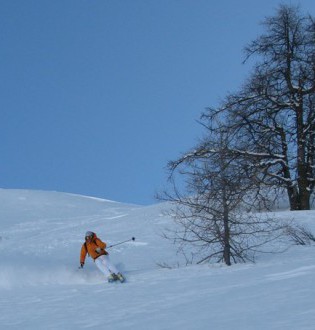 Transitioning from On-Piste to Off-Piste Skiing

Off-piste skiing should first and foremost be handled with a certain level of respect. It’s always a good idea to employ the use of a qualified mountain guide, particularly in areas that one is not overly familiar with.