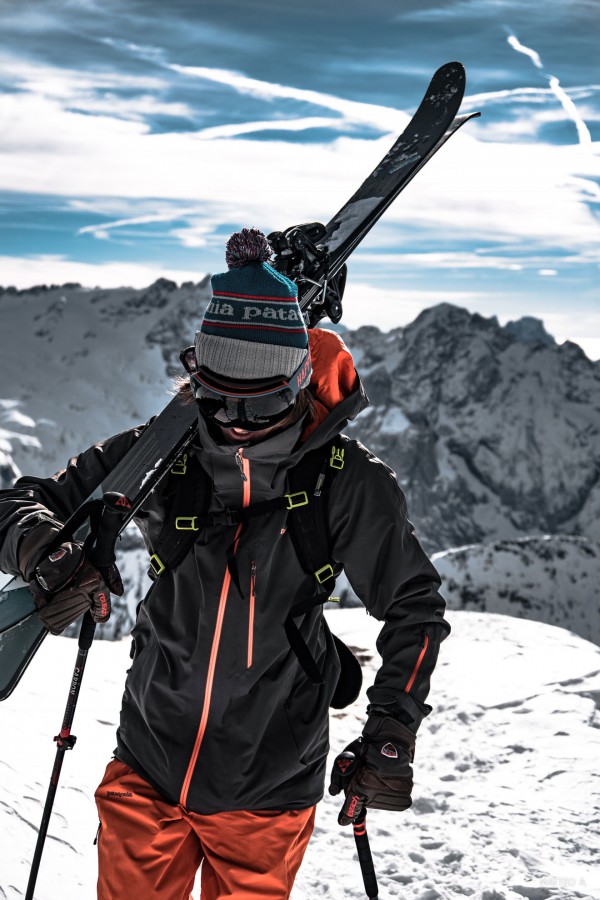 Skiing off-piste makes me free and puts me closer to the mountains and the nature... Every day I can explore new places and I'm always looking for the best powder spots!

Matteo Agreiter, or Teo as he is known to his family and friends, is a Freeskier, Photographer, Filmmaker, and as he says, “Life Enjoyer.”
Matteo was born in the mountains in 2000, in Corvara in Alta Badia in the Dolomites, in the middle of one of the largest ski resorts of the world, The Dolomiti Superski. It’s not surprising that he learned how to ski when he was just three years old! He has loved skiing ever since, but the most important thing to him is that he fell in love with the mountains that surround him.
Manuel and Cristina Agreiter, Matteo’s parents, are true mountain people. His dad is a professional UIAGM Mountain Guide, Ski Instructor, and assists in helicopter rescues here in the Dolomites. And together they have managed Rifugio Franz Kostner, a mountain inn at the foot of the Sella Massif, since well before Matteo was born. How can you not love spending summers on a mountainside at 2,536 meters (8,320'), set beneath a 3,000 meter (3,152m / 10,341') peak, that is only accessible by hiking trail or chair lift!?
While Matteo loves to ski, he has never liked to ski on-piste. “Skiing off-piste makes me free and puts me closer to the mountains and the nature... Every day I can explore new places and I'm always looking for the best powder spots!” And having a professional mountain guide for a father certainly gives him an advantage! “Chasing around with him through the winter is so cool! With him I can always find the perfect powder...” He also feels safer when he’s on the mountain with him, because his dad knows all the dangers that may arise.
Matteo is grateful to his parents for all of the opportunities they have given him. Living in the mountains, skiing all winter, and taking him on trips all over the world. In January 2017, he made an “awesome ski trip to Japan, the snow there is so cool!! I made some really good turns there.” A dream come true, exploring new places all over the world...
At his young age, Matteo has already started to make a name for himself. In 2015 and 2016 he joined the Freeride Junior Tour. For him it was awesome experience, skiing in the best places of the world, meeting a lot of new people, and enjoying the “unique atmosphere that you can feel there, which is so good.” He hopes to reach the highest levels of freeriding, perhaps becoming a rider on the Freeride World Tour, and to make ski trips all over the world. “I truly believe that this could be a part of my future... enjoying this beautiful kind of life.”
But Matteo is not “just” a skier. He is an accomplished photographer and filmmaker! Camera always in hand, he shoots all over the Dolomites, from incredible sunrises and sunsets these mountains offer, to freeride skiing in the sidecountry and backcountry. Not only does he share his work with friends and family on Facebook, Instagram, and YouTube – he has started to create videos professionally, for a local tourist consortium and a nearby rifugio.
With his adept use of an aerial drone, GoPro, and digital camera, Matteo has a great future in photograph and filmmaking. His camera of choice is his Sony Alpha a6500 mirrorless digital, which he likes for its incredible quality for both still and video photography, and it’s small size, light weight, capture speed, and image stabilization.
So be on the lookout for this up-and-comer… He has a grand future ahead of him!
Dolomite Mountains is proud to support Teo in his current and future mountain pursuits!
You can follow Matteo on:
Facebook: https://www.facebook.com/matteo.agreiter
Instagram: https://instagram.com/iammatteoagreiter/
YouTube: https://www.youtube.com/channel/UCAvobSrDsOTi_BN69eJ0fqg
Check out Matteos recent film projects:
Alta Badia Tourist Consortium: https://www.youtube.com/watch?v=zaY6YZphOVg
Rifugio Kostner: https://www.facebook.com/rifugiofranzkostner/videos/1444523875582716/
Check out our interview with Matteo on the Dolomite Mountains Blog!

DM supports local young and rising athletes of minor winter sports providing them with apparels and sportswears. The aim is to give every talented young sportsman the opportunity to win his/her challenge, living, breathing and experiencing a pristine mountain landscape. 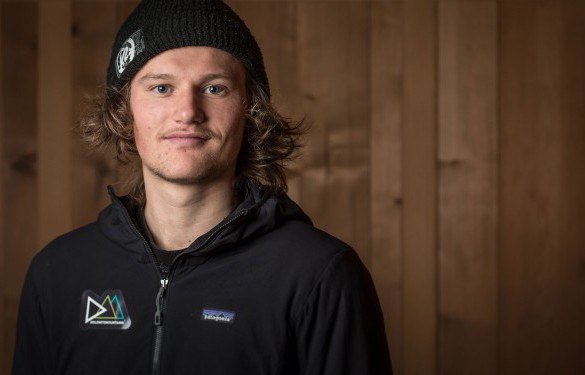